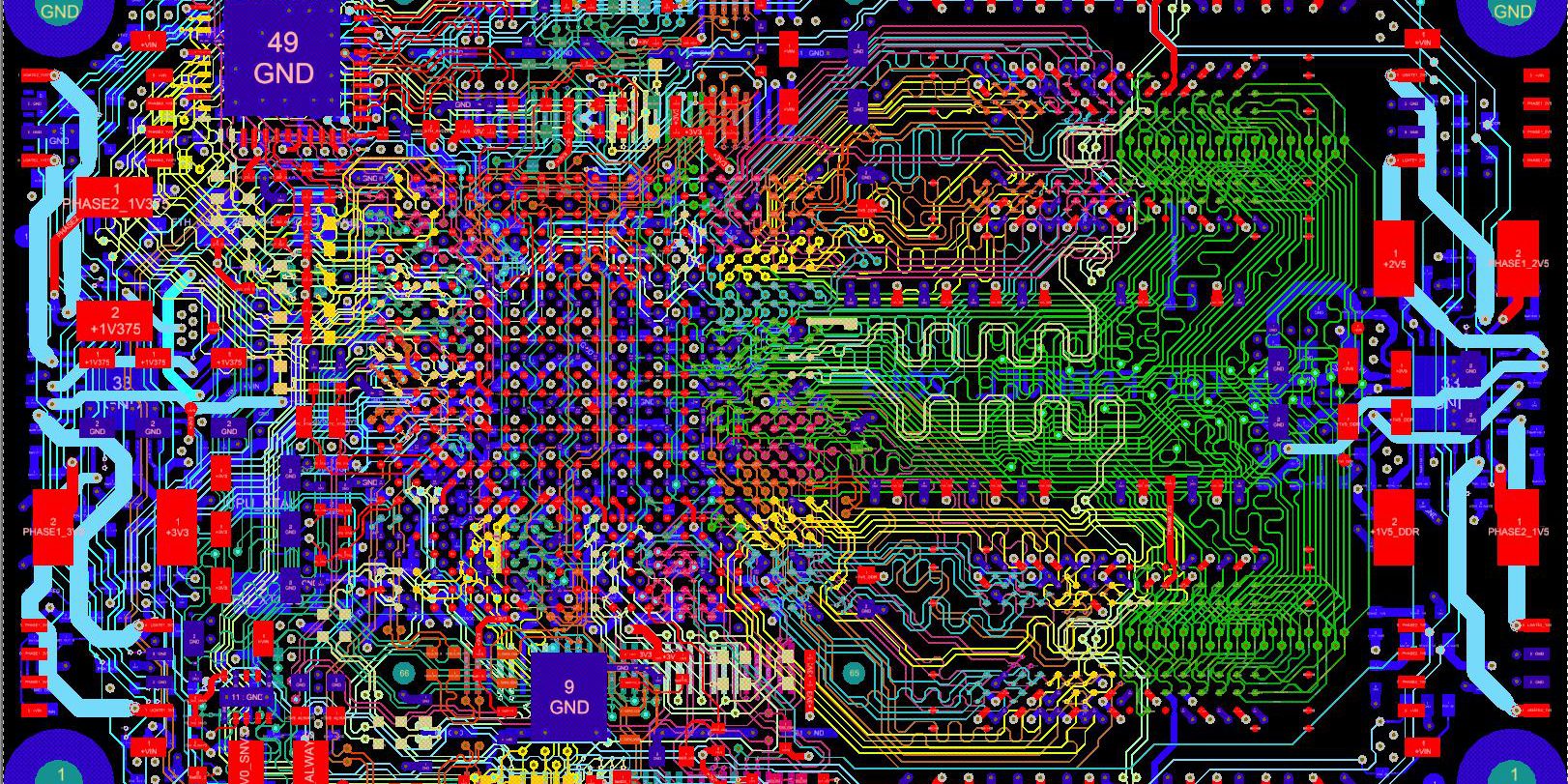 Hey, remember our SOLO and all its perks and faults? It was a revolutionary idea back in 2012…

As many of you already know, early drones used to work with 3 frequencies: one for video (analog), another one for telemetry, and a third one for the remote control. But now, with the “SOLO LINK” inside 3DR Solo, we are able to use JUST ONE frequency for everything. This allows for a faster and better way to work and opens the door for other possibilities, including a “wider pipe”, an on-screen display for free, and image processing, which includes the advantage of HD video in real time.

Let me tell you a little about the story behind SOLO LINK and my journey here. The first time I proposed the idea of merging these 3 frequencies into 1, hand-in-hand with many other improvements, was back in Q4 2012 with the 3DR team. I was basically ignored. Some people in charge of making these engineering decisions were not sure it was going to work, or thought it was not a viable project (despite seeing the Parrot 1 flying around).

I was having a really challenging moment; I didn’t have an engineering team to support me in my ideas and projects, because my team in San Diego was busy working on other stuff not lead by myself. Of course I wasn’t going to stop there, so after several talks and negotiations with my partner (thanks btw), and explaining how it was crucial that I needed a team to keep on working and developing our ideas, we agreed on setting up an independent team within the company called 3DRx. It was mostly dedicated for “skunkworks” projects with a tight budget.

Eventually, I was able to arrange some interviews to hire an engineer to start my new team. Over many of these, there was one person to stand out among all of the others, his name is Allan Matthew (one of the best internal engineers at 3DR – the best ever, in my opinion). He had all the qualifications I needed and I knew he was perfect for the job, though a non-engineer inside the company who had to interview and validate him before hiring, insisted Allan wasn’t qualified… ppffftttt. After several conversations and attempts to go through with the hiring process, they finally agreed with me and I could continue on to the next step of this project.

As soon as he was part of my team, we started working together on this. We quickly started investigating new technologies; one that looked interesting was named GALILEO from ATMEL, but due to documentation issues and lack of support, it wasn’t working great for us. Allan suggested we use another platform called i.MX6 from “Freescale” now “NXP”, now “Qualcomm”, which is an ARM based microcontroller capable of running a Linux OS; and the best part was that it was open-source and had a lot of support, which went along with the (or at least my) 3DR vision at that time.

After working a lot, creating some prototypes, and running a few tests in only 3 months, we uploaded a video about our progress to YouTube. It was around May of 2014 and we started to get a lot of internal attention for one simple reason… IT ACTUALLY WORKED. I’m being truly honest here, pretty deep inside of me, without trying to sound cocky or mean; proving wrong all the neigh-sayers was just the cherry on top. Still, my greatest satisfaction was for it to work, for the sake of engineering, which is what we are all about. Now with mRo, I don’t have to worry about all those issues.

We had gotten to the stage where we needed to improve our hardware, because, well, it was pretty much a big ball of wires… looked raw. This is when the amazing Robert Feranec comes into our lives – a hardware designer for I.MX6 and one of the best PCB designers worldwide. He is completely dedicated to the art of PCB design and teaching it. I can say I was lucky enough to be able to talk to him and have his support on the creation of the much-needed hardware. He was kind enough to fly from Slovakia to San Diego to help us develop it, just for the sake of engineering, and in record (2 weeks) time, we were able to design from start to finish a completely new i.MX6 board, something that usually takes several months to develop. And an even more amazing fact is that it worked on the first assembled prototype, proving once again that Robert is a hell of a GENIUS. For sure, he is one of the best in the world. By the way, it’s great to know he moved to California. 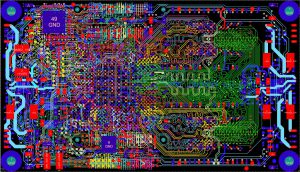 This is what the actual PCB looks like, the one inside your 3DR SOLO.

Considering the complexity of the technology (an eleven layer PCB with DDR3 RAM Memory), he had the skills to help us make it work, giving way to the first “Solo LINK”, which I had initially named “HD.T.C.” (High Definition, Telemetry and Controller). Once everyone started realizing how well it really worked, I was told that we suddenly needed it ASAP for the new drone. Even after I told them it was still a prototype (a working one, but an alpha prototype nonetheless), they decided to go through with it, and that is how it was installed inside SOLO. 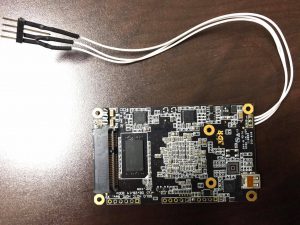 I would like to emphasize how extremely important Allan and Robert are for SOLO, and for us. I am grateful and honored to have been given the opportunity to work side by side with two super talented geniuses with a hell of a lot of experience on their hands. No joke.

As we all know, this technology still has a lot of limitations, mainly because it works through an optimized long-range Wi-Fi. We decided to use a PCI express, with the purpose of allowing people to easily hack it and add a better version of it like MIMO, upgrade to 4G, and probably in the future, create something with a more capable transmission scheme like our powerful relative DJI. I deeply admire the genius (another one) behind DJI and I’m glad that a few years after I conceived the idea, they brought out their version of Solo LINK. It was a good sign.

Summarizing, Solo Link is by far the most complex, yet cheapest part of Solo, as well as being the fastest developed and a key component for positioning this drone in a slightly competitive market. That being said, it still has some flaws. It has nothing to do with the GPS, but, for those who don’t know yet, I recently developed a new and better version of the GPS for Solo, where you may notice that the acquisition is stronger and has well-designed antenna coupling. You can get it now; visit us at our webpage here. Thanks for the good reviews!

We are currently working on a much smaller and better “HD.T.C.” compatible with any autopilot that supports MAVlink. We will keep the software and part of the hardware open-source, opening a path for all users to use their potential and skills to customize it, alter the ranges, and let their ideas be their guides. Keep in touch for our latest advances. By the way, 3DR just open-sourced the original i.MX6 software, which means you will be able to adapt and just run it with it. 😉

Please don’t forget to visit us, leave your comments, or ask anything you would like to know. We are here to help and surprise our clients with new technology.